September 28: The First Declaration of the Latin American and Caribbean Feminist Network of Abortion Companions

Throughout the world and especially in the land we live in, Abya Yala and the Caribbean, women and people who gestate have aborted and will continue aborting. We do so, despite the laws which deny us, prohibit us, and put us at risk of dying or suffering long-term physical damage as a consequence of unsafe abortions.

These territories in which we live have the most restrictive laws: they are the countries where indigenous and impoverished women who had abortions are convicted of murder. They are countries that restrict access to abortion medication, a practice known to be safe for more than 30 years.

Laws that restrict access to safe abortion stigmatize the practice, limit access to risk-free procedures, and increase the number of unsafe abortions resulting in death or illness. Not only does this support illegal drug sales, but private clinics also profit from the despair of those who need to abort.

In spite of this, governments have legislated as if medical abortion were dangerous and complicated, as if aknowledging the reproductive autonomy of women and people who gestate would induce social chaos, as if church and state had never separated. These governments legislate using personal religious criteria, disregarding both public health and the dignity of women and girls.

It is from this context where we, the collectives of femininst abortion companions, have been meeting each other, accompanying each other during abortion, and learning from each other’s experiences.

We’ve learned that there is not just only one reason, but thousands. We’ve learned that women’s realities have surpassed clinical practical guidelines. That each abortion is unique and each woman is a world unto herself. We’ve gained a significant amount of experience, by dealing with almost impossible situations, by facing our own prejudices. We have stretched our boundaries to their limits. We have learned to dialogue with comrades from other countries, each from a different social context, but with action, thought, and imagination in common.

Today we find ourselves in Chile on September 28; a year after of the enactment of a law restricting abortion on all but three grounds, thus resolving less than 3% of the abortions of the country. We meet while the right-wing government is placing more and more restrictions on public health care access, while conscious objector gynecologists practice in regions with the country’s most impoverished women. As we meet, our compañeras in Nicaragua are battling a terrorist government that has killed more than 400. We meet inspired by the Green Tide (Marea Verde), because we know this movement won’t stop, because what we lived in the streets of Argentina made us aware that it is possible to demand a law to restore the minimum dignity that all of us deserve, raising the voices of women who want to abort above misogyny.

We have known each other in adversity and been partners for a long time. We understand meeting to shape our knowledge and strategies as a necessary and urgent action. We are a network of activists who accompany people who abort in Chile, Argentina, Peru, Bolivia, Paraguay, Uruguay, Ecuador, Colombia, Nicaragua, El Salvador, Guatemala, and Mexico, and we aspire to continue organizing with networks from other countries.

This International Safe Abortion Day (day of action for decriminalization of abortion in Latin America and the Caribbean) in Santiago de Chile we formed Latin American and Caribbean Abortion Companion Feminist Network. This is our form of resistance, to generate loving approaches and return abortion to its everyday status, one of the many reproductive decisions women have always made.

We will take to the streets as many times as we want. We are many. We are everywhere. And we are not afraid. We have each other.

In Latin America, the Caribbean and all over the world, we want free legal, safe, and feminist abortion. 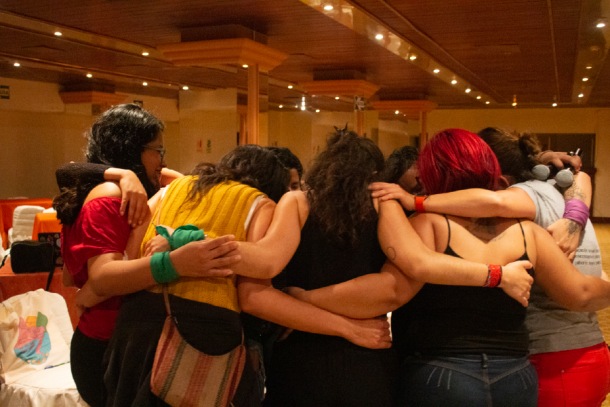 Political Declaration: Who We Are

We are a Latin American and Caribbean network of feminist and lesbian feminist organizations, col… 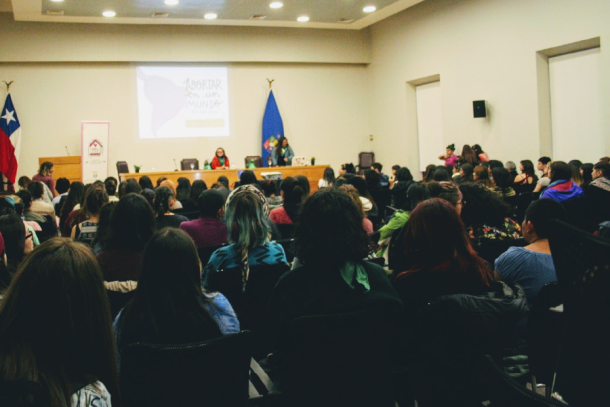 September 28: The First Declaration of the Latin American and Caribbean Feminist Network of Abortion Companions

Throughout the world and especially in the land we live in, Abya Yala and the Caribbean, women an…